I am working in the heat of the loft. Doing DIY, decluttering… I am wearing a stuffy safety mask so that the insulation fibres do not get onto my chest. And what keeps me going is that this is an affirmation of my curated, minimalist attitude to stuff. There is an endpoint.

This blog has been about me putting my best foot forward. As such I have tried to present things in a clean, chic way. But to a minimalist the practical, mundane things are compelling too.

Decluttering seems ultra-fashionable at the moment. It says a lot about the state of our contemporary society and what makes it tick.

For god’s sake, Marx and Engels said we should contribute according to our ability, and receive based on our needs. But what are needs now? Is a smartphone something we need, a television, a car, a bicycle? Our lives are all so commodified, yet all so individualised, that this is something we can only decide for ourselves.

Letting go is something that minimalism has really helped me with. Truthfully an avid consumer will always be able to justify a new purchase to themselves. We then must justify keeping those things. Now I reevaluate my old mindset, consumerism embraces sunk cost as a way of living.

No post about decluttering could be made without referencing Marie Kondo. The KonMari method of decluttering and reorganizing is about completely reevaluating your relationship with stuff. Paring down is ultimately about deciding what to keep. I very much enjoyed reading The Life-Changing Magic of Tidying-Up. To me the philosophy’s idiosyncrasies are charming rather than kitsch.

One insight I draw from Marie Kondo is to have a clear vision of what you want your life to be like. The best way of interpreting my ideal for me is Don Draper’s immortal phrase: ‘make it simple but significant.’

Sorry for the lo-fi screenshot

What to do at Easter… sort the loft?!

One of the big jobs that I have put off since moving to our new house in July is the loft. This weekend felt as good a time as any. We had a workman coming to install something who would need proper loft access. Initially it was unboarded, and what was put up there to do so by the previous owners was unsafe and extremely temporary.

So while doing this toil over the Easter weekend I thought I would keep a record of it. Because, one, I could blog about it. And two, these sorts of things are worthy of being tracked. I can look back in the future and remember how hard I worked assessing, clearing and improving our home. 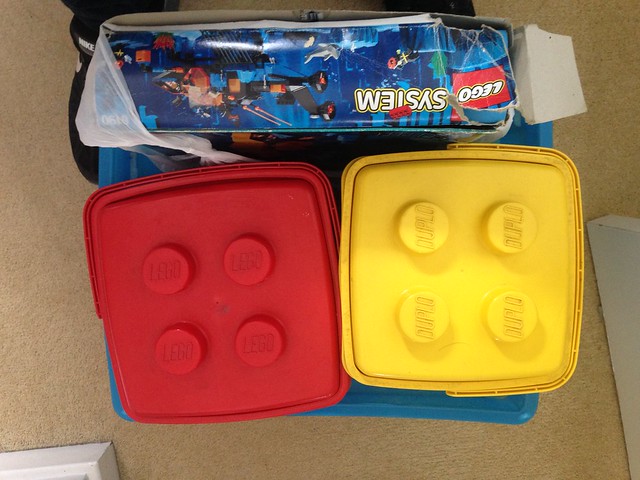 Timeless? I think so. I inherited quite a bit from my sister, and I hope that my kids will understand the spirit of that hand-me-down, not everything has to be new attitude.

The loft is perfect for bulky items that are “just for when”. The Just for When rule is far better than the clutter causing ‘Just in case’ logic. Suitcases, for instance, are a classic. Quite a bit of the stuff in my loft is from my childhood. I had previously gone through my keepsakes and old toys by using the KonMari decluttering method. I do think that it is worth keeping certain things for when/if I have children. We recently had our friends over and one, a 4 year old, loved my old Lego, Captain Scarlet, Power Rangers and Star Wars toys from the 1990s. Playtime was suddenly filled with new characters he had not seen on TV. Even so there are certain things I will now part with, like an old Subbuteo set. My decluttering continues.

I know some people would consider this sort of stuff obsolete crap. But I am determined that something should not be disposed of “just because” it is “old” during my decluttering. These toys clearly have passed the test of time. The ones that have not are long gone out of my life. 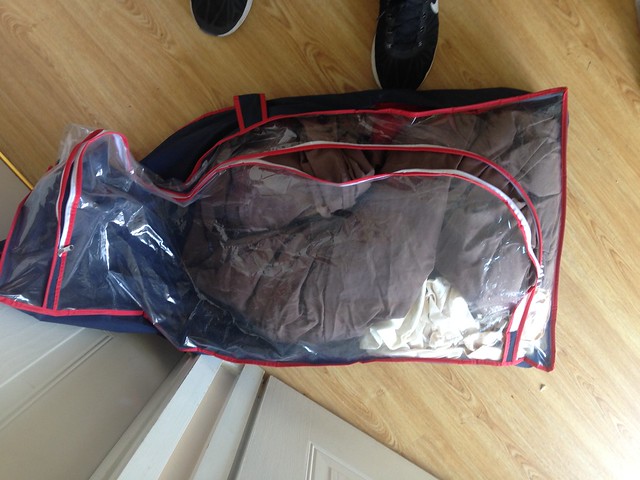 Cheers previous owners, really appreciate that you gave me the chance to get rid of these disgusting old sheets that you left lying around out of sight! Decluttering others’ rubbish is not fun.

The previous owners of our house left a car’s worth of clutter in the loft, including their diabolical, hazardous attempt at boarding it with what looked like old wardrobe panels (not pictured, but wish I had now).

Without getting holier-than-thou, trips to somewhere like the tip now feel like a confirmation of how ridiculous our ritual accumulation and discarding of stuff is. We cannot keep everything however, or we would all be unhealthy hoarders, so it is about striking a balance. To coin a pithy slogan: Decluttering should not be an exercise in self-harm but self-improvement. 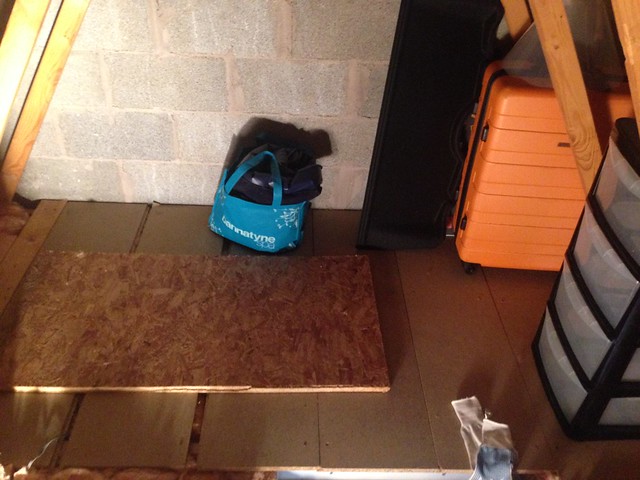 Half of my hard work. I am determined that the loft be for things that we need to keep around, like big suitcases, an air bed for guests etc. rather than just for random stuff.

So I spent a couple of days working hard. The first I was assisted by my future father-in-law, who showed me how to make the loft a safe space. All I want is to store an intentional, reasonable amount of stuff. Certainly not enough to consider a wasteful storage unit. Decluttering has meant I have arrived at this point, more or less. I have no idea about how much stuff I have, but I feel much better about what I do have now.

I like DIY because it is about improving something for the better and learning skills. It was cool to learn and extend my knowledge, using tools I am familiar with. The value of learning from a flesh and blood person is something that was reflected on in Thrive with Less (reviewed previously). 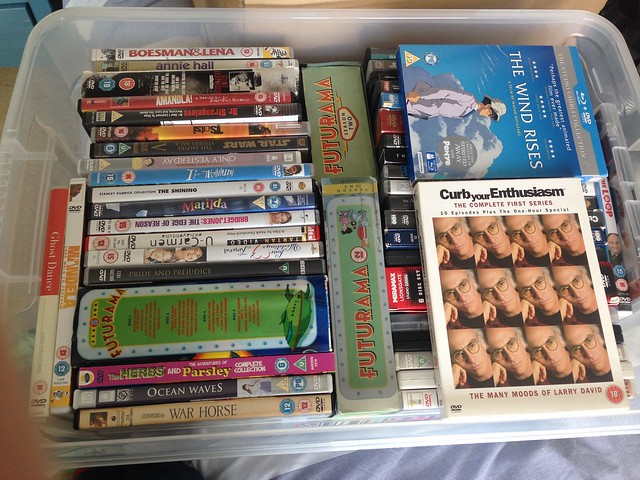 I consider myself pretty tech-savvy, but I still have not gone all-digital. We still have a fairly large collection of DVDs post- decluttering. I keep most of the plastic boxes in the loft. We have steadily traded and sold the media we do not want, and this is what remains. Still, I find it amazing that we still have this amount, after all of that paring down. These things become a godsend when you have no internet, and therefore no Netflix, and you want to watch something other than traditional TV.

Alongside the DVDs, I have a smaller plastic storage box that has empty game and console boxes. A couple of years ago I was determined to get rid of as many boxes as I could, and now I am left with discs that I can’t trade in or donate because I disposed of their cases. I have learnt my lesson now and accept whatever “value”, however small, that is placed on my physical media when I go and give it away/trade it in for some cash while decluttering.

There is value in old things…

It may be on its last legs but this machine represents a more frugal time for me, when one cartridge would be all that I would want to entertain me. See the bundled Mega 6 Vol 3. cartridge, released in 1995, and Mickey Mouse: Castle of Illusion being played on my…ahem…makeshift setup.

Alongside fashion and reading, gaming is my favourite hobby. I clearly remember receiving this Sega Mega Drive (model 2 if you want to get nerdy), first released in 1993. When I got mine I was technically a generation behind, with the release of the Sony PlayStation, but at the time all I cared about was playing Sonic the Hedgehog.

I will write about this in more depth in the future, but I believe the 1980s and 1990s were a time that encouraged a kind of minimalism in gamers. Titles were incredibly expensive (the same price as they are today in-fact, meaning games are now cheaper due to inflation), and machines like the Sega Mega Drive / Genesis and Nintendo GameBoy (my other favourite console as a boy) had incredible longevity.

Much to my girlfriend’s dismay I played some of my old games this Easter, and for a couple of days I had a very cluttered setup (I can only tune my Mega Drive through an analogue signal and our downstairs, modern TV does not have analogue).

I realise now this beloved old device is on its last legs – starting up games is frustrating, because of a hardware issue. When the games eventually load they work fine but this is clearly a sign of age. Come on, Sega, how dare you make a machine that could only last two decades or so!

Irony aside, people are compelled to change their smartphones on a yearly basis now. I think it is important to recognise that old things can have a lot of value. Many of the 16-bit era games have aged very well and represent a charming contrast to my modern, 1080p PlayStation 4. A vocal minority of modern gamers online act dismissively of graphics and machines that are not ‘bleeding edge’. I’m glad that I can still find joy in these simpler (usually far more difficult) gaming experiences. It is funny to think that the Sega Genesis had the words ‘high definition graphics’ printed on it – a sign that everything is relative when it comes to tech. 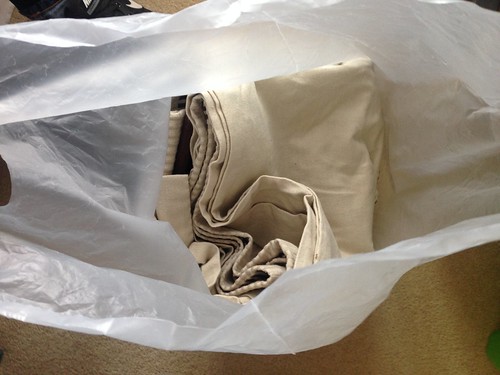 Three years ago my sister moved to Australia to pursue her dream, transforming her passion and skill for cooking and baking into a living. I think this is wonderful, but I (and my parents!) have been vocal in wondering why she has left so much behind. During a short holiday here a few weeks ago she went through two huge storage boxes from the loft. I had taken them off the hands of our parents when they downsized last year. I’m finally getting round to donating some curtains she had pulled out and ear-marked for charity. 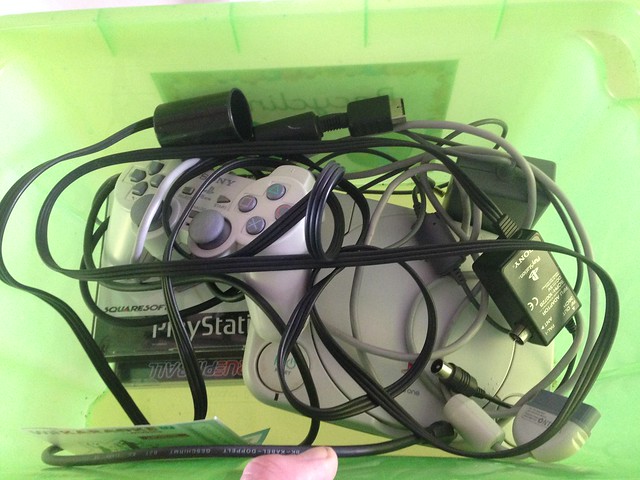 My beloved Ps One (a compact version of the PlayStation) is probably the hardest thing I am letting go of. Over the years I have replayed old games like Final Fantasy 8 and 9 dozens of times. But when I went to do so again in November, during a big declutter, on Black Friday no-less, I found it no longer worked. Old habits biting, I was reluctant to get rid. A solution could be found, surely. This made me think about how older games keep me “grounded” in a strange way.

I spent my Christmas money and some piggybank savings on a second hand PlayStation Vita in February, so the need to keep the old hardware is gone.

Again, as above with the Mega Drive, older games really do hold up to modern scrutiny. Keeping all the old hardware and cables, however, is pointless if it does not work. I am amazed playing retro games on my Vita how much I remember: I do not need my old controller and memory card to enjoy these games again, and that is something I place a lot of value in.

So that’s it, that’s what I did over my Easter. Not gorging on chocolate eggs, but getting to something that has been irritating me for a long time. Happy Easter.

This site uses Akismet to reduce spam. Learn how your comment data is processed.